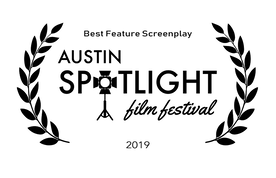 SPIRIT MEDIUM
(feature historical drama/supernatural)
Based on the life of the infamous medium "Margery." A 1920s housewife struggles to some into her own in a male dominated society by claiming to be able to talk to the dead.
- Semi-Finalist Page International Screenwriting Awards, 2018

SECOND CHANCES
(TV Movie, Drama/Thriller)
Escaping a hard life, a woman returns to her rural hometown  looking for a second chance, only to find her past has followed her with  potential deadly consequences>
(commissioned and optioned)
​

FINDING OLIVIA
(drama)
This was written to be shot remotely during Covid .
Unable to  leave her home, a woman must come to terms with the disappearance of her daughter.
Official Selection Austin Revolution 2021, The Monthy Quarantini Film Festival 2020,  Online Isolation  Shorts 2020
(produced)